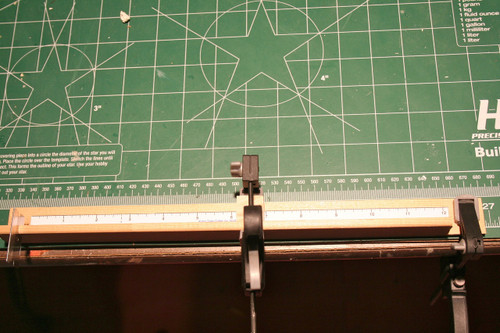 Back in the 1970’s Howard Kuhn’s Competition Model Rockets company offered a slick tool nicknamed the “Kuhn Cutter”. The tool quickly became a mainstay in my workshop, as well many other rocketeers workshops of the time.

When I finally wore my original cutter out (with too much slop in the razor blade slot), I made an improved tool. I added a tab that made it easy to clamp the tool to my workbench, and I replaced the original clamp with a slide clamp that made cutting a tube even quicker. Now, a new generation of rocketeers can see the genius of Howard Kuhn! The Kuhn Tube Cutter cuts tubes up to 2” in diameter.

Howard Kuhn was a US and word model rocket champion. He founded Competition Model Rockets in the 1970's, and was the Contest Director for NARAM-16 in 1974. He was also the contest director for the 1980 World Spacemodeing Championships held in the US. He chaired the FAI governing committee for international spacemodeling competition from 1979 to 1995 and spread our hobby worldwide through his efforts.  He was the first rocketeer to be awarded the FAI Aeromodeling Gold Medal.

How to use the cutter:

Using one of the clamps, clamp the cutter to the your work surface. Adjust the stop block to the length of tube you wish to cut, and clamp it in place, using the other clamp.

Insert the razor blade into the cutting fixture and press down on the tube lightly.

Slowly turn the tube. Do not try to cut all the way through the tube with one cut. Instead, turn 3-6 complete revolutions. The result should be a factory-cut edge.