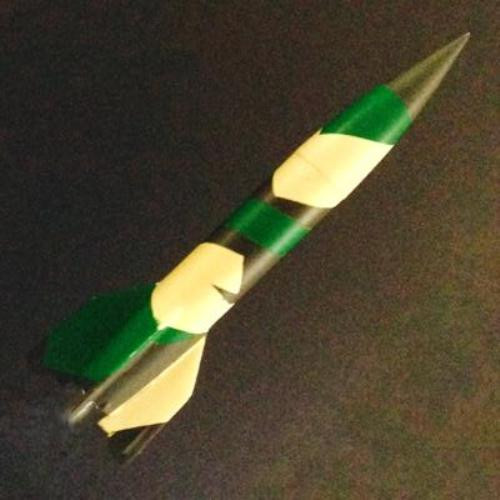 The V - 2 ("Vengeance Weapon 2") is perhaps the most famous, and certainly the most infamous, rocket ever built. Designed by Werner von Braun for the Nazi war effort during WWII, the V - 2 was the world's first large liquid-fueled rocket. Originally designated the A - 4, thousands were built by prisoners during the early 1940s. After the war, many captured V - 2s were flown by the U.S. as well as the Soviet Union. Despite its' horrific inception as a weapon of destruction, the V - 2 was the forerunner of all the large liquid-fuel rockets which were to follow. Featuring a balsa boat tail, balsa nose cone and laser-cut basswood fins, this 11 1/4" tall model is true to scale and flies on standard A thru C motors. We've made a minor update to this kit and have updated and re-written the instructions!