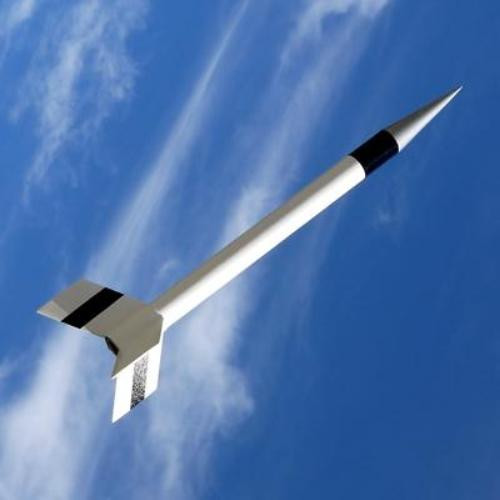 The Skylark was a British sounding rocket originally designed to be used for experiments during the International Geophysical Year. The first single-stage Skylark (as depicted by this model) flew on February 19, 1957 and reached an altitude of 8 miles. Later Skylarks took scientific payloads to altitudes of over 100 miles.