The Condor is a competition style glider that is boosted into the sky using rocket power. The glider then flies gently to the ground while the engine pod descends via streamer. The glider is made from the stiff, lightweight wood of the Chinese Tung tree. 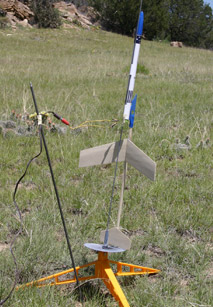 Competition Style Design - The configuration of the Condor glider is that of an efficient competition model. That means that it is designed to fly for long periods of time. You can use it in competitions to test your flying skills against other modelers.

Molded-Plastic Wing Attachment - This single piece is absolutely incredible. I am personally impressed by how well engineered it is. It does three things simultaneously: 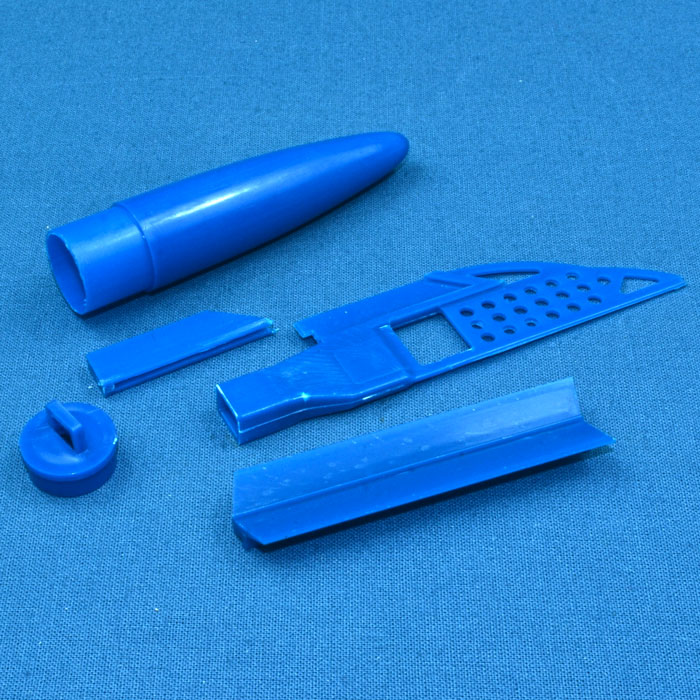 The Nose piece has a bunch of holes for trimming clay. If you go out on a humid day and the glider has been sitting for a while, it could loose trim. So you might need to put a little bit of clay on the nose of the glider to re-trim it for a level glide. The holes in the nose piece of the glider allow the clay to grip the glider so that it doesn't fall off in flight.

Stiff Tung-Wood parts - The wood on the glider is from the Chinese Tung tree. It is lightweight, and very strong.

Pre-Airfoiled Wing - The wood has been pre-shaped at the factory with an airfoil section. All you have to do is give it a light sanding to make it extra smooth.

Pre-Colored Body Tube - One unique feature of the Sky manufactured-kits is that they have convexly wound body tubes. Basically, it is the kind of tube you'd get if you started rolling up a sheet of paper. Because of this, they design is printed on the paper before it is rolled up into a stiff tube. There is no painting necessary, and NO spirals to fill.

Plastic attachment piece that allows the motor pod to engage the glider at launch. Since it is molded plastic, the fit is perfect, and it will easily release at the right time during the flight.

Plastic Nose Cone - Since the nose cone on the power-pod is plastic, you don't have any finishing to do. There is no finishing required on the entire rocket!

Streamer recovery for the motor pod: The steamer allows the rocket engine to come quickly and safely down to the ground so that you can concentrate your eyes on the glider.

Engine Hook - for securing your motor in place. No friction fitting!