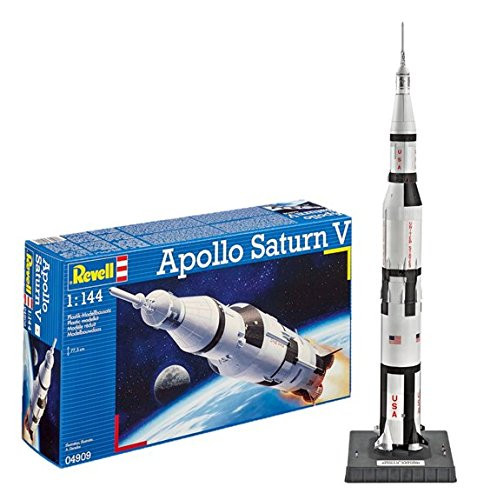 For thousands of years humans looked up and wondered, but it wasn't until 1969 when the Saturn V that humans finally discovered what was on the moon. The Saturn V itself was a massive rocket over three-hundred feet tall. It was designed by the same minds that had developed the V-2 to rain death on London, now bent to peaceful purposes. No space vehicle before or since has been capable of transporting humans beyond low Earth orbit. Kit features a model Saturn V with launch pad, structured surface, detailed Lunar module, three figures and full decals.

the parts are molded mostly in white, so two get the black markings and other details you do need to paint