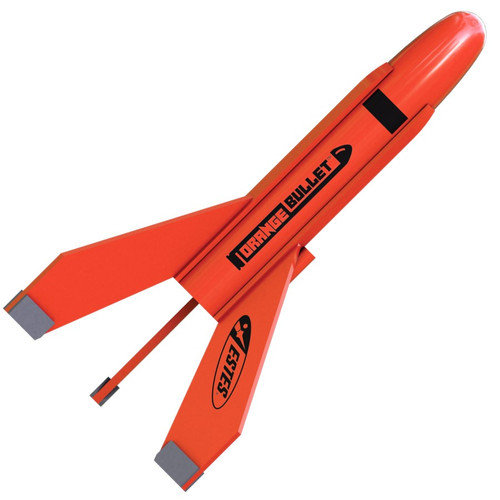 In 1961, Vern Estes designed the first Estes model rocket packaged for sale as a complete kit, the Astron Scout™. But before the Astron Scout took flight, a never before seen prototype was created. This prototype, named the Orange Bullet, used metal weights glued to the end of the fin tips to shift the center of gravity (CG) back after the engine popped out at apogee, resulting in the rocket tumbling gently instead of streamlining in nose first.

While the design functioned, Vern and fellow rocketeer G. Harry Stine decided they could achieve the same thing without ejecting the engine. The weight of the rocket engine itself was used to shift the CG backwards in a later version which became the classic Astron Scout. This rocket sold tens of thousands of kits over its long lifetime and inspired countless young people to pursue technical careers.